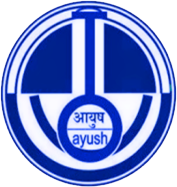 Conservation of Botanical Biodiversity of Medicinal Value: An Anthology of CCRAS Contribution

How to cite this article: Tewari D, Kiran U. Conservation of Botanical Biodiversity of Medicinal Value: An Anthology of CCRAS Contribution. J Drug Res Ayurvedic Sci 2017; 2 (4):247-266.

Aim: Manjishtha—Rubia cordifolia L. (family: Rubiaceae) is an important medicinal plant and used in various Ayurvedic formulations. Plant parts like roots, stems, leaves and fruits are being used to treat various respiratory and skin diseases. Manjistha is excessively collected from natural habitat and becoming rare and vulnerable in different parts of country. Therefore, it is decided to develop a systematic in vitro protocol for rapid multiplication of the plant. Materials and methods: Nodal segments collected from healthy, desease free plant were used as explants. Pretreated and surface sterilized nodal segments were implanted on to MS basal medium as well as MS fortified with different concentrations of plant growth regulators viz., BAP, TDZ, Kn, NAA, IAA, IBA singly or in combinations. Then, the cultures were incubated at 22°C ± 2°C for 8 hours photoperiod with light intensity of 3000 lux. Results: Maximum number of shoots (20–25) developed from the nodal segments inoculated on MS + TDZ (0.5 mg/l) + 0.1% PVP liquid medium. The best rooting (2–3 roots) were developed in MS + IBA (2 mg/l) in 8 to 14 days. Conclusion: The in vitro protocol developed would be beneficial to multiply the plants of R. cordifolia on large scale within the short period with low cost and to conserve the plant.

Aim: Hyperlipidemia has been ranked as one of the greatest risk factors contributing to prevalence and severity of coronary heart diseases. The present study has been taken up to evaluate hypolipidemic activity of hydro alcoholic extract of Cardiospermum halicacabum L. leaf, as this plant is widely used by the local healers of South India for treatment of various illnesses. Materials and methods: The experiment was carried out in atherodiet-induced hyperlipidemia in Wistar Albino rats. The experiment duration was 28 days and it comprised six groups, such as healthy control, extract control, disease control, treatment group low dose, treatment group high dose, and standard drug (SD). The biochemical investigations including lipid profile with Atherogenic Index and Coronary Risk Index, and other metabolic parameters were evaluated using standard protocols. Histopathology studies for vital organs of animals were also carried out. Results: The study showed that the hydroalcoholic extract of C. halicacabum L. leaf has significant hypolipidemic activity in the atherodiet-induced hyperlipidemia in Wistar rats when compared with the disease control group. The histopathology study also evidenced the safety of the extract. Conclusion: The study concluded that the hydroalcoholic extract of C. halicacabum L. has significant hypolipidemic activity at the prescribed dosages. Clinical relevance: As the plant has shown promising effect in the aspect of hypolipidemic activity, further studies have to be carried out for developing of new product as single drug and in the formulations of AYUSH (Ayurveda, Yoga and Naturopathy, Unani, Siddha, and Homoeopathy) system of medicines for management of hyperlipidemia.

Introduction: Terminalia arjuna (Roxb. ex DC.) Wight & Arn., known as Arjuna, is an important medicinal plant used in Ayurvedic and traditional systems of medicine. This plant is being used to cure various ailments in India for several years. According to Pushpaayurvedah written by Priya Vrat Sharma, Arjuna flowers are used as one of the chief ingredient in some Ayurvedic formulations, which are used for preventing of baldness and graying of hairs, i.e., Mahanila taila, Nilabindu taila, kasmaryadi taila, Ketakyadi taila. It is also useful in Helminthiasis (Krimiroga), raktapitta (internal hemorrhage), and for some poisons. Though many therapeutics uses have been prescribed in Ayurveda for Arjuna flowers in addition to the other parts, no work has been carried out on flower part. Hence, the present study has been attempted for the first time. Physicochemical analysis, such as loss on drying, total ash, acid-insoluble ash, and different extractive values and preliminary phytochemical screening for various groups of secondary metabolites has been carried out as per standard protocols. Aim: The present study was carried out to establish pharmacognostical standards and important identification/diagnostic characteristics for identification of Terminalia arjuna flowers. Materials and methods: Flower material was collected from its natural habitat in Bengaluru, Karnataka, India, and authenticated by subject expert, Regional Ayurveda Research Institute for Metabolic Disorders, Central Council for Research in Ayurvedic Sciences, Ministry of AYUSH, Government of India. The flowers were shade dried, powdered, and used for tests. The macro-, microscopical, physicochemical, and preliminary phytochemical studies have been carried out by adopting standard methods. Results: The microscopic characteristics of the flowers showed the presence of abundant combretaceous-type trichomes, rosette and clustered type of calcium oxalate crystals, reddish orange tannin content, resin ducts, endothecium cells, and abundant rounded pollen grains in three colporate and in monads. Preliminary phytochemical screening showed the presence of carbohydrates, phenols, proteins, saponins, and tannins. Conclusion: The macro-, microscopical, powder studies, and preliminary phytochemical investigations of T. arjuna flowers may be used to establish the botanical standards for identification and standardization of T. arjuna flowers.

Background: Medicinal plants or their preparations play a major role in the prevention, treatment of various diseases as well as improve quality of life with maintenance of health. Bronchial asthma is a common respiratory disease that affects about 18% of world\'s population. In Ayurveda perspective, bronchial asthma along with other conditions related to difficulty in breathing is described under shwasa roga. Numerous herbs have been described in Ayurveda treatises that are useful in shwasa roga, and shirisha (A. lebbeck) is one among them. Aim: To critically analyze the antiasthmatic activity of Medicinal plants shirisha (Albizia lebbeck) and its importance in the management of shwasa roga. Results: This review study mainly focuses on the shwasahara karma, i.e., antiasthmatic action of a popular Medicinal plants, specifically Shirisha. Various research papers and studies have been reviewed and referred in the present study to establish the antiinflammatory, hepatoprotective, eosinophil lowering, mast cell stabilizing, immunomodulatory, antihistaminic, and antiasthmatic action of shirisha. Other than its use as a single drug, there are different ayurvedic formulations indicated in shwasa roga that have shirisha as one of their main contents. Conclusion: Despite various uses of shirisha in different disease conditions, shirisha has very effective antiasthmatic action. Several research studies (both in vitro and in vivo) have been done that establishes antiasthmatic, antiinflammatory, antihistaminic, etc. activity of shirisha. It is concluded that shirish (A. lebbeck) is a very competent medicinal plant that can be used as a single herb or in formulation in the management of bronchial asthma. Clinical significance: Shirish is an excellent Medicinal plant that possesses promising bronchodilation, antiinflammatory, and antiasthmatic activity. Shirisha can be used as a single herb or in compound formulation in asthmatic patients. Including such kind of medicinal plants can minimize the dependency on inhalers, reduces the frequency as well as duration of acute or chronic cases of asthma.

Role of Ethnomedicobotanical Survey in Advancement of Ayurveda

How to cite this article: Mathapati S. Role of Ethnomedicobotanical Survey in Advancement of Ayurveda. J Drug Res Ayurvedic Sci 2017; 2 (4):301-305.

Introduction: Ethnomedicobotanical survey focuses on understanding the relation between humans and plants and this endeavor involves multiple disciplines. Ethnomedicobotanical survey helps in obtaining first-hand information on the medicinal plants. Such surveys also provide important data on cultivation and conservation aspects and assist in chalking out socioeconomic programs. Aim: (1) To explore the traditionally used medicinal plants under ethnomedicobotanical survey and include them under Ayurvedic pharmacopeia. (2) To discover new drugs and finding out alternate botanical source plants for rare and endangered species. Materials and methods: Such an endeavor has been taken up by the Regional Research Institute for Metabolic Disorders (RARI-MD) previously known as Regional Research Institute, Bengaluru. Since the inception of survey of medicinal plants unit in 1971, various forest ranges of Karnataka like Shimoga, Chitradurga, Haveri, Davangere, Coorg, Bellary, South Canara, Gadag, etc., have been surveyed. Special tours have been undertaken in south and north divisions of Nilgiris, Andaman and Nicobar Islands, Madhya Pradesh, and Arunachal Pradesh. Results: Twenty-seven districts have been covered and more than 42,049 herbarium specimens belonging to 2,619 plant species along with 734 dry drug samples have been collected and deposited in the herbarium of RARI-MD. Many new sources of drugs like Aristolochia tagala are suggested in the absence of Aristolochia indica (Ishwaree) based on ethnobotanical survey. Our Acharyas have stated that knowledge has to be updated by collecting information from all the possible sources. Acharya Charaka also opined that the first-hand information about a drug has to be collected from shepherds (Ajapa and Avipa). This article intends to present a bird\'s-eye view on the significance of the ethnomedicobotanical survey and contribution of RARI-MD in this area.

We use cookies on this site to enhance your user experience.

By clicking any link on this page you are giving your consent for us to set cookies.